“Could It Really Be That Easy To Consistently Turn Phone Numbers Into Dates, Sex, & Even Relationships?”

The Answer Is Yes And If You’re Ready To Learn Secrets That Emotionally Drive Women To Think About, Obsess Over, & Desire You To Ask Them Out Long Before You Suggest Getting Together With Them, Keep Reading…

You meet a girl…

Maybe lock lips with her.

Maybe your friends look at you with awe.

Or so you think.

Texts you the dreaded “Who is this?”

She texts with you a few times before ignoring you forever.

She becomes your text buddy and has no interest in getting together with you.

Every time you make plans with her, she flakes.

If you answered YES, give yourself a huge pat on the back because…

By admitting to yourself that this is something you need to work on, you’ve taken the first step to fixing it.

If you ask most men if they’ve ever had a number go sour, they’ll puff out their chest and say, “Nah, man. I’ve got mad game. Girls always respond to my texts.”

Their selective memories conveniently remember only the numbers that turned into dates, sex, and relationships. Erased from their memory banks are the dozens of numbers that went sour.

Every Heterosexual Male On The Planet Has Gotten A Girl’s Number, & Thought It Was A Sure Thing…

But When He Contacted Her, She Never Responded, Rendered Him Her Text Buddy, Or Kept Flaking On Him. 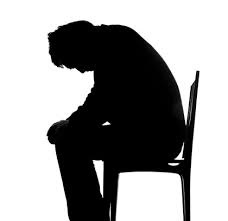 This may have left him languishing in a dark, dark place.

One minute he felt on top of the world; the next, he felt rejected, pathetic, and smaller than a gnat.

Maybe “Bitch,” “whore,” “flake,” and every other dirty word in the book swam through his mind.

Maybe he ran through each of his perceived flaws, shortcomings, and inadequacies.

Maybe the words, ” You idiot. She was never into you. You’re not good enough for her,” echoed inside his head again and again.

I shudder thinking about.

Even after honing my skills at picking up women, my phone game stunk.

Night-after-night, I left friends stunned and awed by how quickly I’d make out with the hottest girls at the bar.

All of them envied my dating life.

But here’s the inconvenient truth…

Most of the girls I picked up, I never saw again.

On the plus side, I perfected my skills at getting one-night-stands.

But the reality is this: not every interested girl will go home with you that night. Plus, you can sleep with only one (maybe two) girls at a time.

Because I lacked phone game, I missed out on a lot of quality pootang.

I developed a mature attitude: If a number went sour, it’s okay. It’s just not meant to be.

But it wasn’t okay. I’d grown complacent and was leaving a lot of opportunities on the table.

The Game Is Played Over The Phone…

… And The Longer You Wait To Fix Your Phone Game, The More Opportunities You’ll Miss Out On…